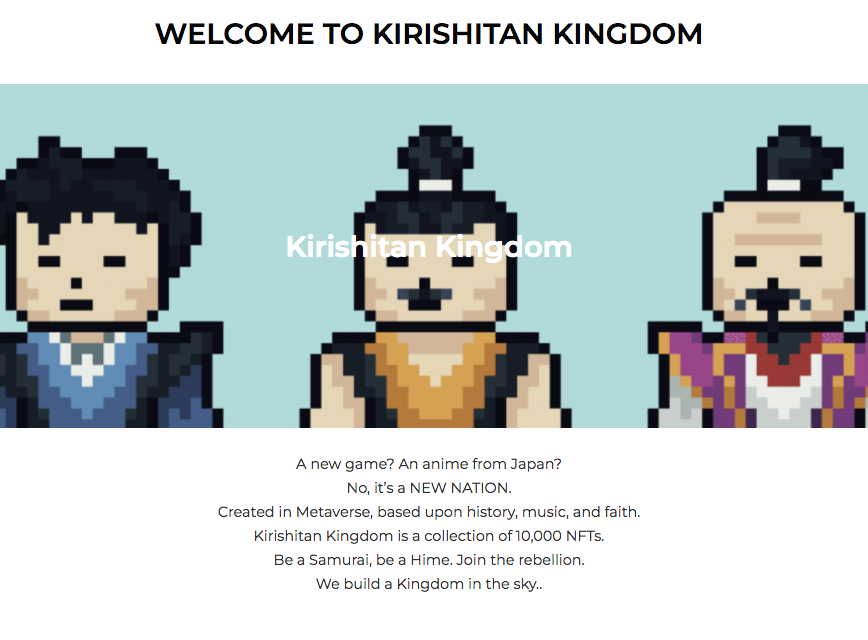 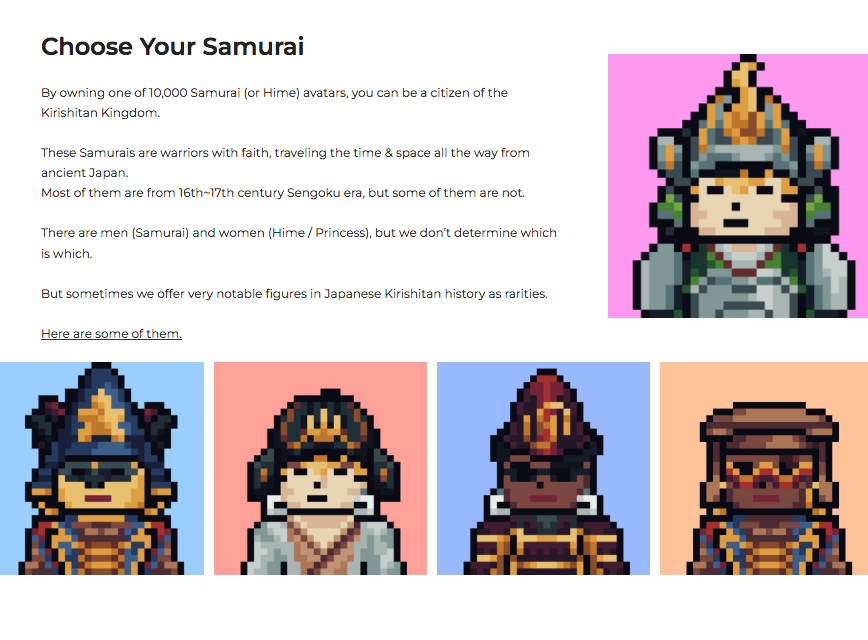 So this is what we’ve been working on lately.
Since last year, people are talking about this new thing called NFT.

Why 10,000 collection?
Because it’s all about COMMUNITY.

NFT is about the power of people, power of community.
It’s about people gathering and doing good things together.

And here we have “people with faith”.

We can do this because we are a band in a very unique position.

We are a Christian metal band from Japan.
We are doing something unique.
And our fans are very special people.

We represent some important stuff in human history.
We are a community of people with faith, who love Japanese culture, and awesome rock music.

We are doing this based on faith, not on fad.
That is VERY strong.

Unfortunately we are not the first among musicians.
Because Ozzy Osbourne released his 10,000 NFT collection (CryptoBatz) on January 20th.

So we are the 2nd, maybe? (Maybe)
That is still awesome.

And definitely we are one of the first groups to do this as an indie band.

This is a big dream.

We will build a kingdom here.

We will build a NATION.

Nation of Christians, nation of faith.
It’s a community of people who want to change the world with their faith.

It’s a NFT with a solid mission and vision.
While people are still figuring out what to do with NFT, we decided to use it for faith.

In the spirit of ancient Japanese Christians (Kirishitans)

Go ahead and take a look.
This is the website and we will launch it soon.

It’s still in preparation stage but you can see what it’s all about.

It’s called “Kirishitan Kingdom”.
Kirishitan means Christians from old time Japan.
Those Christians who are persecuted in Japanese history.
We decided to build a kingdom to honor them.

2 good things we want to do with this “NFT Kingdom”.

That is,
To help churches and missionaries in Japan (and other unreached places)
To help those who are persecuted because of their beliefs: people who suffer from war and their children

But the main thing is to play Rocking Worship Music, both in the real world and in the Metaverse.

This will be the first “Nation” built in the Metaverse, based on faith and music.

Quite frankly, we are looking for team members.
Anyone, want to be a part of this?

Yes it’s a business, at least to a certain extent, but it’s a fun business and positive business.
Because it’s all about people. All about community. All about making the world better and awesome.

So here I have to ask.

What do you think?

Anyone want to join?

Can you help us make this happen?